iPeng gets ready for iOS 10


Apple just released iOS 10, and your favorite penguin hasn’t been lazy but made iPeng ready for the new operating system.

Unfortunately, iOS 10’s most prominent feature – Siri voice control support for apps – is not available for music apps yet. But since under iOS 10 widgets have become much more powerful, our iPeng 9.2 update includes some decisive improvements considering their usability.

First of all widgets have a new look in iOS 10, and being able to switch between a large and a small version of a widget – a feature iPeng’s widget has offered from the beginning – has now become a system feature. Widgets can also take up a bit more space on the screen, allowing us to improve their legibility.

But iOS 10 also makes widgets available in a lot more places and situations: in the search screen, for instance, and as a quick action on your home screen (if you force-touch the icon; iPhone 6s and newer only).

In both cases, the “compact” widget style is being used by default, so besides adapting the design, we decided to make the most important commands – play/pause, skip and volume – available directly from the compact window as well. This way you no longer need to start the app to start or stop playback, just do it right from the app’s icon.

Under iOS 10 the widget now also supports Dynamic Type, an iOS feature that lets you define the text size on your device. This helps to further improve the accessibility of the app.

As another novelty iPeng now supports Apple’s remote control commands. If iPeng has been the last audio app you have used, you will be able to control it through the iOS control center (or remote control accessories such as docks). 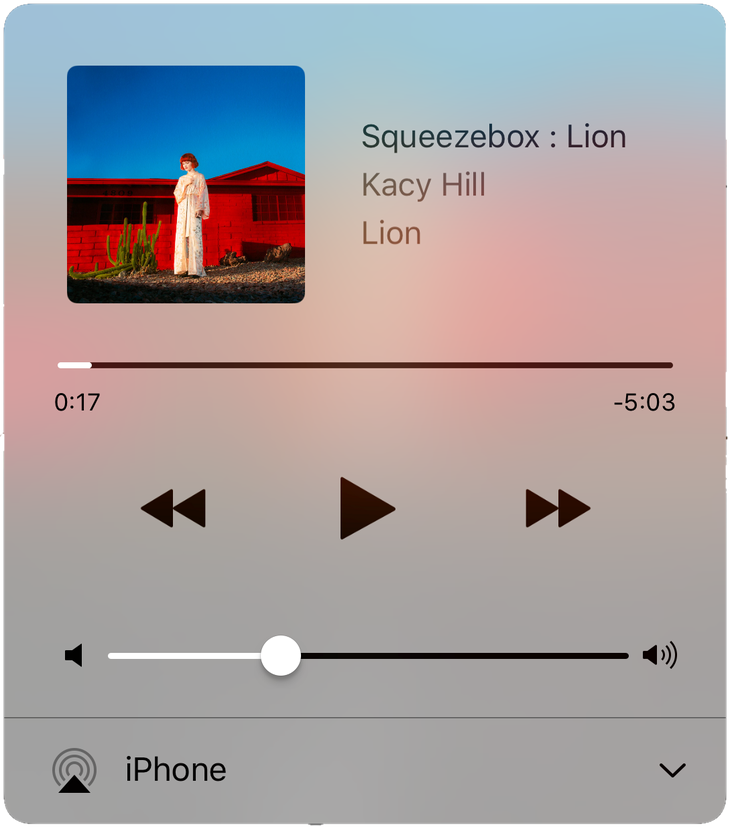 Now generally this has been possible with iPeng for a long time, but with iOS 10 the support of the remote control interface has become much more powerful and reliable: It will now even launch iPeng’s playback feature if it has been stopped in the background, so if you just want to continue playing, here’s another case where you don’t even have to open the app at all.