iPeng Adds Back Support for Older Devices, Your Route to a Budget Player

So far, iPeng 2.0 was only available for newer devices that are capable of running iOS 5 and 6. The reason for this limitation was that Apple removed support for the older iPhones and iPods from their latest developer tools, which, however, need to be used to create Apps for the App Store. For this reason, most Apps no longer support iOS versions prior to 4.3 today.

Now we have found a way to build iPeng for iOS 4.2 and the processor platform running these old devices again.

A Service for Our Most Loyal Customers!

Now why all this? These are really old devices!

Yes, they are old but iPeng has been around for a while now and a lot of our users still have one of the affected iPods or iPhones. In the past, some of them lost their copy of iPeng and could not get it back since the App Store only hosts the latest version of an App.

Your Chance to Get a Budget Player

Also, since they are poorly supported these days, 2nd generation devices can be had at very competitive prices. So while their performance is not state of the art as a remote control (the speed is not comparable to what you see on newer devices running iOS 5 or 6) they are a cheap option to add another Squeezebox compatible player, using iPeng’s playback feature (additional In-App-Purchase required). Playback is fully functional with the exception of synchronization which is a bit on and off. 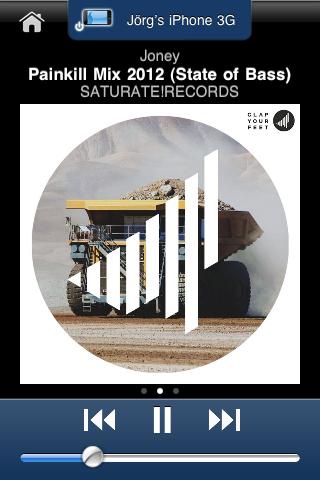 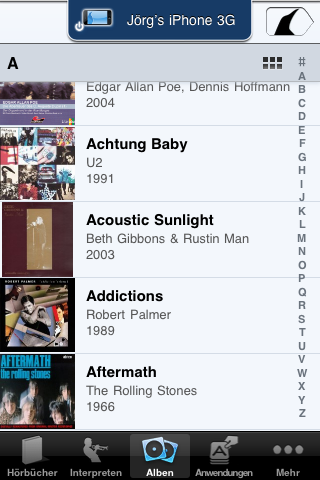 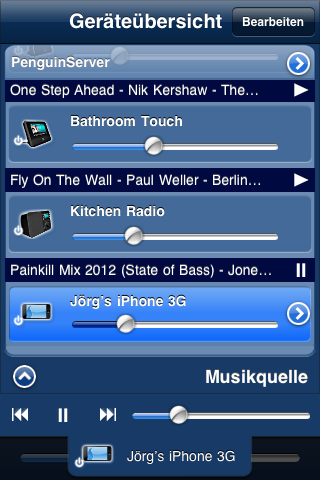 What are the Limitations?

iPeng on iOS 4 is surprisingly close to iPeng 2.0 on newer devices (at least it was a surprise to us since iPeng 2.0 was really designed with iOS 5 in mind). The look is not quite as polished as under iOS 5 and some minor user interface features are missing (for example the gestures to resize the artwork on NowPlaying or to skip to the next track in landscape mode) but other than that, iPeng 2.0.10 is fully functional on these devices, too.

Synchronized Playback is a limitation on devices only running iOS 4.2. It is supported and can work but it’s not reliable.

One thing needs to be pointed out: Please keep backups of iPeng (and other Apps) if you are using older devices! It requires significant tweaking of the build process to still create Apps for these platforms and it’s clearly not intended by Apple to put effort into further supporting them. While it’s obviously still possible, there is absolutely no guarantee that this will still be the case in the future. Support for legacy devices might have to be removed again with every new release, especially whenever there are major iOS releases coming out.

You can simply backup an App by syncing it to a computer using iTunes and then keeping a copy of the App file (“iPeng.ipa”). You can do so by simply dragging the App from iTunes to some backup folder on your computer.