Some news from Coolio after a while.

He recently went to California to visit Apple’s WWDC (Worldwide Developers Conference) for you. And after getting a few penguin full of fish out of the Pacific ocean (OK, he’s a lazy guy, he let the fishermen get it out of the ocean for him), he attended the conference to see what new is there on the iPhone and iPhone native apps. 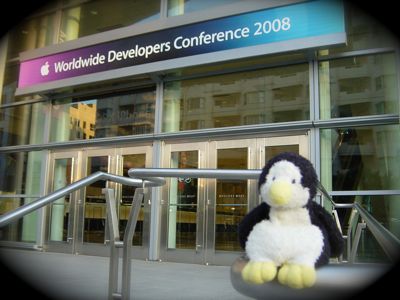 What he learned was really cool, even though the weather was rather hot (form him). Native apps on iPhone perform well but also the web interface improved a lot. So Coolio convinced me, to give the web based plugin another try and improve that first. What comes out of this will be available together with Apple’s 2.0 Software on July 11th and it is quite amazing stuff. Looks like this solves a LOT of iPeng’s current performance issues and let’s this really look a lot like a native app while still retaining all the flexibility of a web page.

So look forward to July 11th, and expect a new release with cool improvements. Best of it right ahead: No more “two finger scrolling”